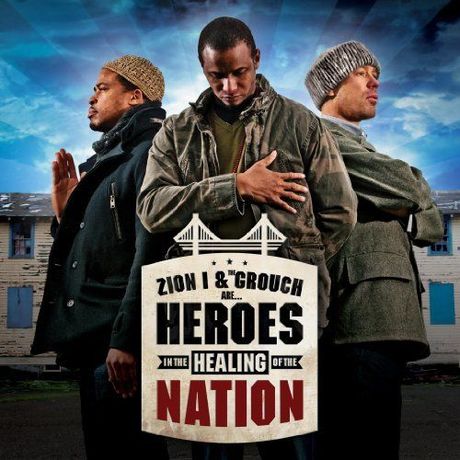 **TO LISTEN OR DOWNLOAD SEE THE END OF THE SHOW DESCRIPTION!** On this hardcore episode: Pete Rock joins us for a superb feature-length interview exploring the making of his new projects with DJ Premier, Smif N Wessun and Camp Lo, plus his forthcoming aspirations to work with Eminem, his contribution to Kayne and Jay Z's album, as well as a track called 'The Joy' which didn't make Kayne's album and his desire to be part of The Four Horsemen project. We take time to hear the amazing creative process behind his forthcoming on wax battle with DJ Premier, with neither producer hearing what each other has contributed to the album until it is pressed. As focused and heart-warming as you would expect from such a legendary pioneer, Pete Rock also discusses how many beat he has submitted to Shady Records, his future work with the recently-released Prodigy, the reason for his initial dislike for Kayne West, being disillusioned by the direction hip hop took in the late 90s and the prospect of a new Pete Rock & CL Smooth album. A true classic. We are joined by heroes, Zumbi (Zion-I) and The Grouch (Livin' Legends) in this healer of an interview, putting you the listener into reflection in a feature length interview driven by positivity, illumination and above all hope. In perhaps one of our most positive and enlightening interviews to date, Zumbi and Grouch discuss their new album Heroes In The Healing Of The Nation and its universal affect and goals, the power of spirituality, their musics core message, world events and their relationship with eating healthy and hows it has changed their approach to creating records. Your healing starts here! Mayhem Lauren spreads the studio with a self-induced sickness, proving he is by far one of the sickest lyricists doing it right now! We discuss forthcoming material, collaborations, his work ethic, viral presence, videos and a brand new forthcoming ep with Statik Selektah and more! Meanwhile Dr Lecter aka Action Bronson plays the role of doctor, breaking down the long list of forthcoming drugs he has for your ears before leaving with a doctors note of advice with Mayhem for budding porn-directors, as well as dropping one of the shows best acapellas in recent memory. Will we hear a collaboration with Action Bronson and Ghostface Killah in the not too distant future? Find out in this epic interview! Camp Lo sway into the studio to talk about their new album 80 Blocks From Tiffanys, a full length album alongside the legendary Pete Rock.As uplifting as you;d imagine, this interview personifies Camp Lo's musical flamboyance and simply whets the appetite of creative hip hop lovers worldwide. Who will they feature on the album? Which artists are they set to collab with soon? Listen for the answers... The Lady Of Rage is late for the interview. She's late for the interview for good reason though - she was in the hair salon having her hair done. When she does arrive we discuss her brand new album "Verbal Abuse" scheduled for a summer 2011 release, production handled 95% by the master DJ Premier, as well as taking a heart-felt look at her career including her time at Death Row Records, her relationship with Suge Knight and Dr Dre and her contribution to the book "How To Rap: The Art and Science of the Hip-Hop MC" Keith Murray comes onto the show to discuss his new album and forthcoming mixtape "Live Like Your Dying", stressing the importance of making the most of every single day. We talk the future of Erick Sermon, the brand new EPMD album and mixtape, the hardships of the industry and more in this perfect capture of a man with so much passion for the art of hip hop. Keith takes time out to stress the importance of The Undergods including their history, his relationship with Canibus and their new album "In Undergods We Trust Crush Microphones To Dust" set for release on May 31st.Also we hear about Keith Murray's new grundge band Spontaneous Combustion, a group where Keith will be harmonizing for the first time in his career. Life imitates art. Stop...Sledge Hammer time is here! Metabeats and Mudmowth haven't dreamt themselves into becoming two of the UK's leading elite artists that they are, but rather have sledge-hammered and forged themselves into this. Using a DIY ethos and back to basic formula, Metabeats and Mudmowth have created one of the most masterful built project in recent times, nailing competition and hammering it with ease. In this investigative inside-look interview, we are joined by producer of Sledgehammer Kisses, Metabeatz live from his workshop to find out about his latest creation and its craftmenship as well as future releases including an upcoming Squid Ninjaz album and a Dark House Fam project. Head over to the workshop that Mayor built at http://www.associatedminds.com to purchase Sledgehammer Kisses and previous releases from Meta and Mud. AND THAT'S NOT ALL! BONUS PODCAST FOOTAGE! Kool Keith joins us live from a food outlet to discuss all of the fake profiles that exist on Facebook claiming to be the real Black Elvis. We talk about his awareness of Lil B and his new music but then settle in to a long exploration of the necessities for unique eating patterns. Eggs with fish on the top,kebabs,eating deers and refrigerator content - its all here in this space age time warp of an interview. Is Lil B from Paris? Enjoy our sweat! Contact us at conspiracyworldwide@gmail.com Blackberry Messenger: 22192BE3 Mista Montana - http://www.montanauk.com Menace - http://messengermenace.blogspot.com